The Woman Who Waited: The essence of things 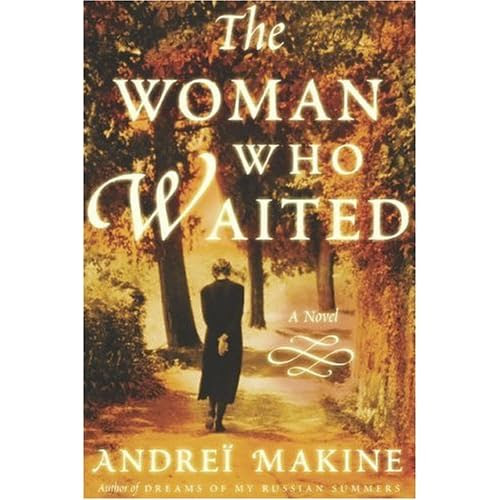 In this remote corner of the Russian North, I had expected to discover a microcosm of the Soviet age, a caricature of that simultaneously messianic and stagnant time. But time was completely absent from these villages, which seemed as if they were living on after the disappearance of the regime, after the collapse of the empire. What I was passing through was, in effect, a kind of premonition of the future. All trace of history had been eradicated. What remained were the gilded slivers of the willow leaves on the dark surface of the lake, the first snows that generally came at night, the silence of the White Sea, looming beyond the forests. What remained was this woman in a long military greatcoat, following the shoreline, stopping at the mailbox where the roads met. What remained was the essence of things.

In the mid-seventies, after his girlfriend begins sleeping with other dissidents at parties and his friend leaves Leningrad for a new life outside the Iron Curtain, the narrator of The Woman Who Waited escapes to the Archangel provinces. Intending to write an anti-Soviet satire on the side while getting paid to research the folkways of the region, he instead finds himself writing about Vera, a woman old enough to be his mother yet beautiful enough, mysterious enough, to engage him totally.

Vera is an icon in the village--she tends to the elderly and dying, she buries the dead, she teaches what youth there are, she commands the respect of the most lecherous among them because she is waiting, waiting for her Boris who left when she was 16 to fight the German invasion, and who, after 30 years, has yet to return, yet to be declared definitively dead. Although younger than most women in Mirnoe, hers was a shared plight--most of the men never returned, leaving their widows and mothers to live and then die alone.

Acknowledging that he'd be better off researching folkways in a library, that there is nothing in the village to be satirical about, the narrator postpones his departure while he spies upon Vera and integrates himself into her daily life. As he learns more about her and her reasons for waiting, for returning to the village after eight years in Leningrad in the sixties pursuing a doctorate in linguistics, the narrator continually adjusts his earlier attempts to "size up" this woman whose life he'd previously regarded as "woefully simple."

Eventually the narrator and Vera sleep together. His joy at having bedded such a woman turns to dread and fear almost immediately: She'll depend on him! He'll never get rid of her! He prepares to leave the village without telling Vera good-bye. . . but Vera is at her boat same as any morning and she drops the narrator and his suitcase on the far side of the lake to make it easier for him to catch the train. She is calm and composed, defying all the narrator's expectations. While he has earlier stated he'd rather "deal with a verbal construct than a living person" once her mystery "has been tamed," her secret "has been decoded," the narrator is clearly leaving before he's reached that point. Anything he tells us about Vera ultimately tells us more about him than it does her.

Andrei Makine writes clean, spare prose. The gorgeous descriptions of the forests surrounding the abandoned villages and the lake's nocturnal beauty were enough to make me realize that given the chance I'd've chosen to live there instead of back in Leningrad among the hypocrisy and artificiality of the times.

Something I'd like to pay closer attention to on a reread: the narrator frequently mentions the artificiality of those he associates with. They play to the gallery, acting out caricatures; they force gaity; they act out and are upstaged; they "jot down a few fibs about the gnomes in their forests." I don't recall that Vera is ever presented as behaving inauthentically until the night she and the narrator sleep together, when play-acting suddenly comes to the fore.

Many thanks to Litlove for recommending this book to the Slaves of Golconda.
at October 01, 2007