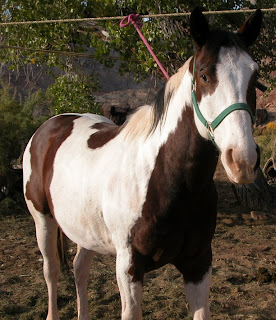 If you're a fan of Mark Twain, or of Southern humor, don't miss "Spotted Horses." The only disappointment in store is in the dead mule department--there's a mention of an Armsted mule having died three or four plowing seasons back, but none within the story itself.
at March 25, 2011 5 comments:

Are you reading enough?

Let the Government stop thinking of reading and books as part of "education", and more as part of a healthy existence. If they can set a target of five fruit and vegetables a day for the adult population, why can't they set a target of 20 books a year? Why shouldn't the GP, faced with an aimless, purposeless, depressed patient, not inquire "Are you reading enough?" just as they might say "Are you eating sensibly?"

Fifty books a year while in education; 20 a year throughout adult life. That might turn our lives around.

It is ironic that the more generous and ecumenical reading habits of women (who are the majority of fiction readers) should diminish the status of writing about women, but that’s institutional patriarchy for you. If women had any idea that just by watching other women play basketball in significant numbers they could really screw TV programming sideways, thousands of years of male dominance would be on shaky ground.

If you're me, you know it's going to be a good day when you hear, on the drive to work, Dwight Yoakam and Ralph Stanley singing "Some Dark Holler" followed by Tchaikovsky's "Marche Slave."

If you're not me, such a combo may not push the appropriate buttons.