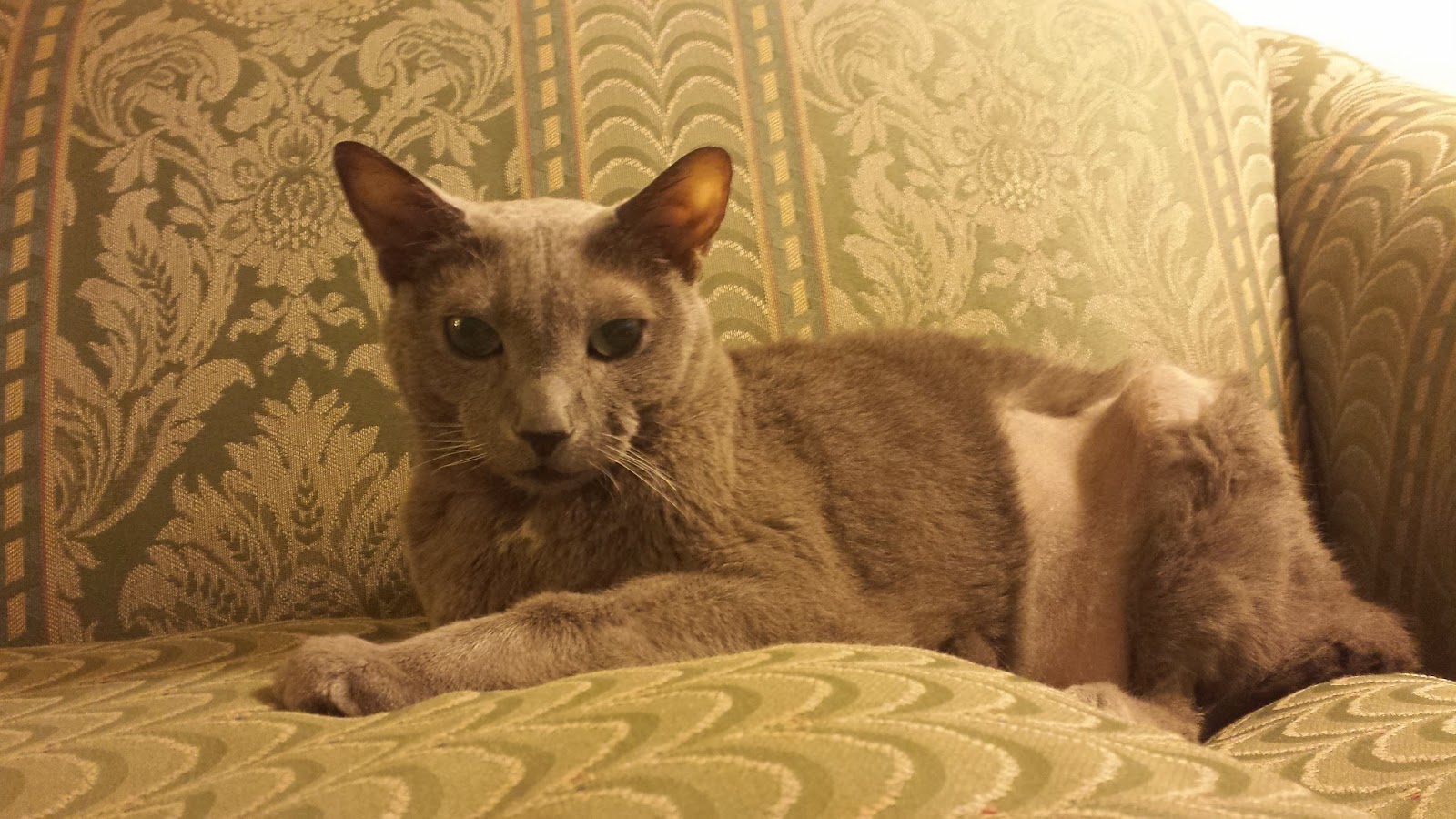 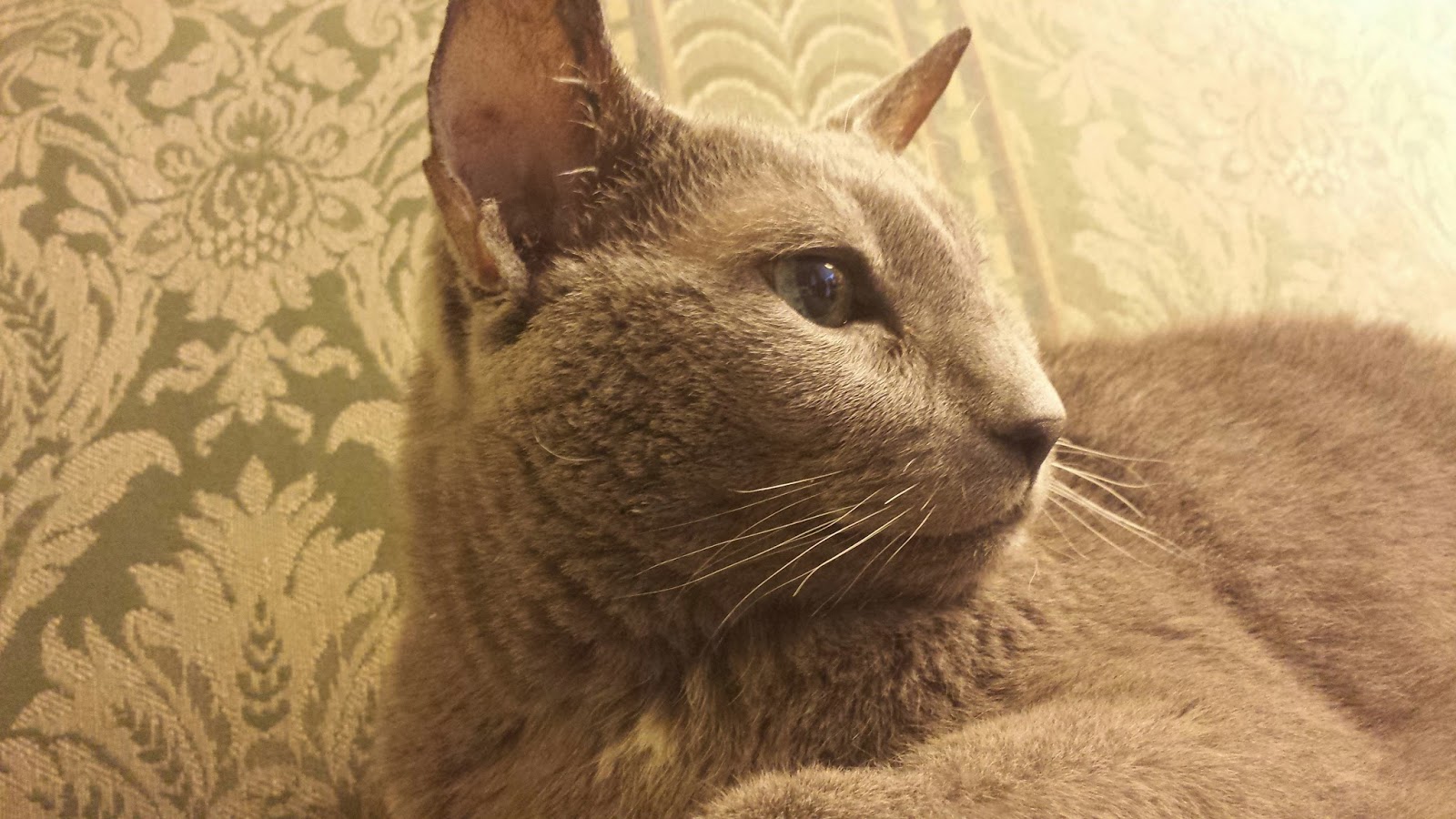 This year has been all about Claudius.

In all honesty, I wasn't enthused at the thought of Claudius undergoing chemo. I've charitably called him "the startle puss" on the blog before, but closer to home I refer to him as "the family paranoid schizophrenic." He's had on-and-off liver issues all his life. He's been a terror to medicate. He'll ruin your shirt and try to scratch your innards out, is what I've always told anyone crazy enough to want to pick him up. Wasn't quality of life, not quantity, all that mattered to a cat?

Try chemo for a month and see how he does, Claudia, the oncologist, advised.

He came out of his muzzle during his first session of chemo and sent two vet techs to the ER. I had to deal with the required-by-law visits from Animal Control and Claudius was sedated before treatment from then on. But he handled the chemo itself well and we never thought about stopping. He didn't quit biting the blood out of me when I gave him his meds until sometime in August. He and I have been through a lot of stressful times this year, but I'd say his quality of life has been much improved.

We're all glad he's still around. I think he is, too. He's been sitting beside me on the couch, watching me blog this afternoon. He spent Christmas holidays playing with my daughter's kitten as if he were a kitten himself. (Very strange: remember when he was afraid of Ellie when she was a kitten? He didn't play then, He hid under the couch for 36 days.)

I'm sure sitting around waiting for him during his chemo sessions is part of the reason I managed to read 115 books this year--the highest number I've ever read, although I remain more impressed with the 112 I read in 2000 since that list included several lengthy classics. While I counted 12 books as classics this year, the two that were pre-20th century were definitely short.

And paying for chemo also helped me further rein in my spending on books, an expenditure that was already on the decline.

My reading stats for the last ten years (this year's in bold):

Three rereads: Anagrams by Lorrie Moore; A Lemon and a Star by E.C. Spykman; and Play It As It Lays by Joan Didion.

It was a very enjoyable reading year for me, but an unusual one in that I feel more favorably disposed to authors than to particular books. I don't know if it's a sign of my age, that I'm not finishing nearly as many books thinking that I'd like to read them again some day, but without that feeling, I don't regard that book as a favorite, no matter its quality.

What did I finish in 2014 that I can imagine rereading? Jane Gardam's Old Filth and its sequels? David Mitchell's The Bone Clocks, despite its flaws, just for the fun of it? Emily St. John Mandel's Station Eleven?

I want to read more Elizabeth Taylor and Dorothy Whipple. I want to read everything Alice Munro and Penelope Fitzgerald have written.