my daughter went to school--first one, and then another--and my son stayed home with me. Or went to preschool, where he majored in Power Rangers, the original crew. And outside the Power Rangers obsession, which got on my nerves, there were plenty of books and dinosaurs, so life, basically, was good.

And then my son started kindergarten, and for one glorious year both attended the same school (my daughter's third). 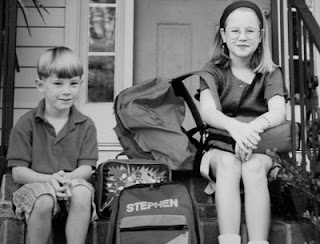 And then my son switched schools and my daughter stayed put for another year, and time sped up and now my daughter's gone and graduated from college--"with distinction," as it says on the diploma mailed here earlier in the month--and the straight A torch has been passed on to her brother, who's the only one in the family starting a new semester today, when, clearly, both ought to be in back in class. 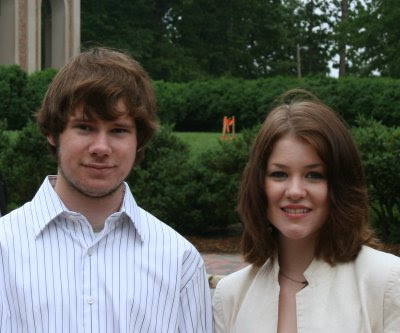 Someone needs to go to grad school before things start getting a bit too weird around here.
at August 18, 2008