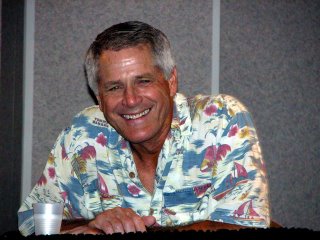 Why is Ben Murphy so happy? Because for once in his life, he's on time. He beat Roger Davis, Steve Kanaly and the moderator to the panel discussion room Friday morning. 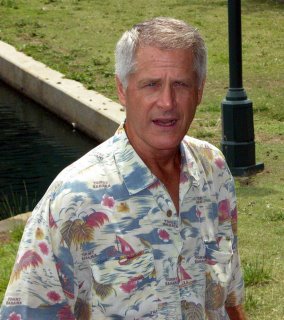 Although Ben still auditions and acts, he's able to devote most of his life to playing tennis. I was told (on good authority) that he exercises three hours each day. Pretty impressive for a 64-year-old. 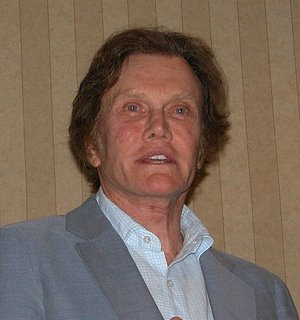 At 67, Roger Davis' passions are architecture and real estate. While Ben's typical response to an Alias Smith and Jones fan's question about an episode was "I can't remember!", Roger could tell you which guest star sold him which properties and how many millions of dollars profit he eventually made on each property. 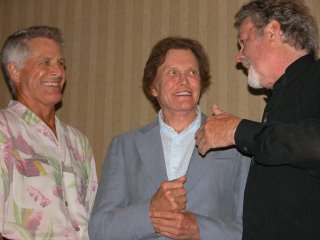 Ben and Roger listen to a story told by Russ Tamblyn after the banquet Saturday night. 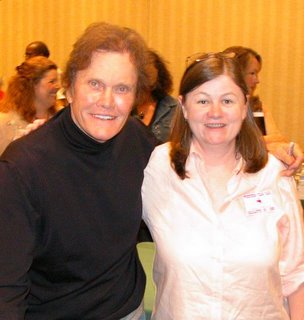 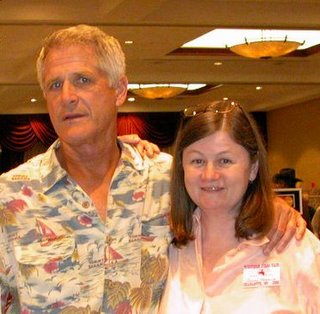 See the hand on Ben's shoulder? It belongs to a librarian from Rochester. This was supposed to be a The Secret Life of Librarians shot, but J.'s mouth was open and she asked that I destroy the evidence. 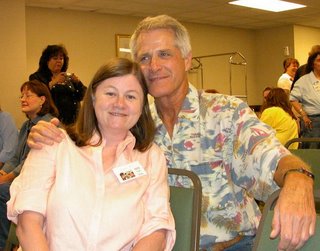 Not to worry, though, because Ben was on hand at the Alias Smith and Jones fan club party Friday night and willing to pose for another round of photos.